Get fresh music recommendations delivered to your inbox every Friday.
We've updated our Terms of Use. You can review the changes here.

by Robots and Monsters 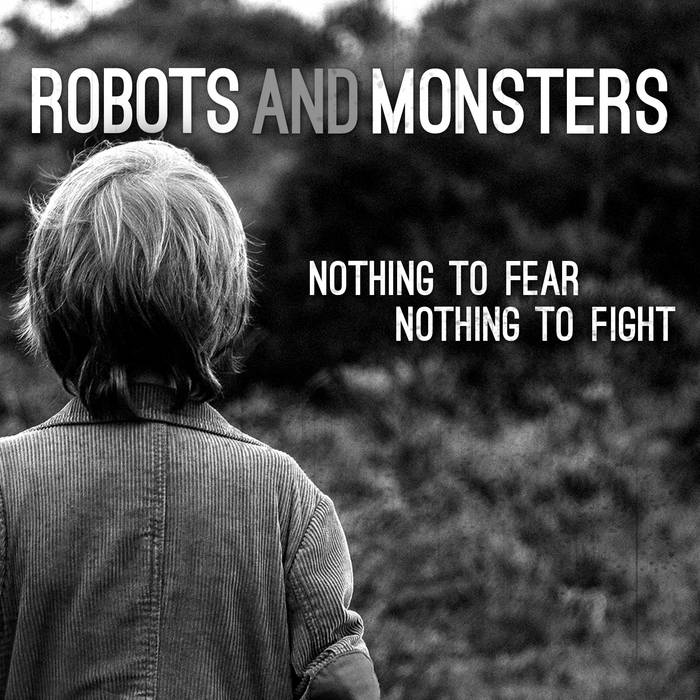 A concept EP about battling your own mind filtered through high-energy Metal and dosed with old-school hardcore.

The raging “King of the World,” opens the narrative in the middle of things with our protagonist, a sort of anti-hero, desperately compartmentalizing the incessant anxiety and despondency he feels. His solution is not only to convince himself he’s actually got power over his mind but that he can also harness his “dim reality” to save others like him. The song is tightly packed within an aggressive gallop, yielding to a sing-along chorus and thick breakdown.

“Passenger,” a fast, powerful blast, continues our protagonist’s manic episode. This time he’s gained some perspective, some confidence; he urges others who feel the same way to “deny” and “eject” the Passenger, (those, like him, who would refuse to take control of their negative thoughts). The piece is packed with hope, however fleeting.

“Communiqué” serves as a short transition between the flailing emotions of our protagonist. Unlike the relative urgency of the first two offerings, “Never Again” is a crushing mid-tempo blow to the head wherein an antagonist gives reasons for our hero’s psychological struggle: “As time drags you through consciousness takes the place of all that is calm, all that’s bright,” he explains. Our protagonist’s forced optimism is challenged.

Before descending too deeply into despair, our protagonist gets some encouraging words in “No One Ever Does,” wherein a friend relates to him, assuring him he’s got strength enough to beat back his demons. At the start of “Surgery Day,” however, our hero finds it nearly impossible to fight. The struggle it takes to defend against his natural impulses yields to embracing the comfort of depression.

By the end of his journey, our anti-hero takes full ownership of his thoughts. In “Signing Off,” we find him embracing the dread, the sadness. He yearns for peace, to “leave it all behind.” Whether that means a physical end or a symbolic end to this internal suffering is up to the listener to decide.

Metal/Hardcore/Sludge/Rock from NJ featuring former members of Mucky Pup. Album 'Down To Ash' on iTunes. Was a "Pick of the Week" on That Metal Show.
Formed in the fall of 2013, their sound is
steeped in hardcore/metal aesthetic their songs are filtered through accessible arrangements, emotive reflections addressing the frustrations of life and feelings of total despondency. ... more

Bandcamp Daily  your guide to the world of Bandcamp