Get fresh music recommendations delivered to your inbox every Friday.

by Robots and Monsters 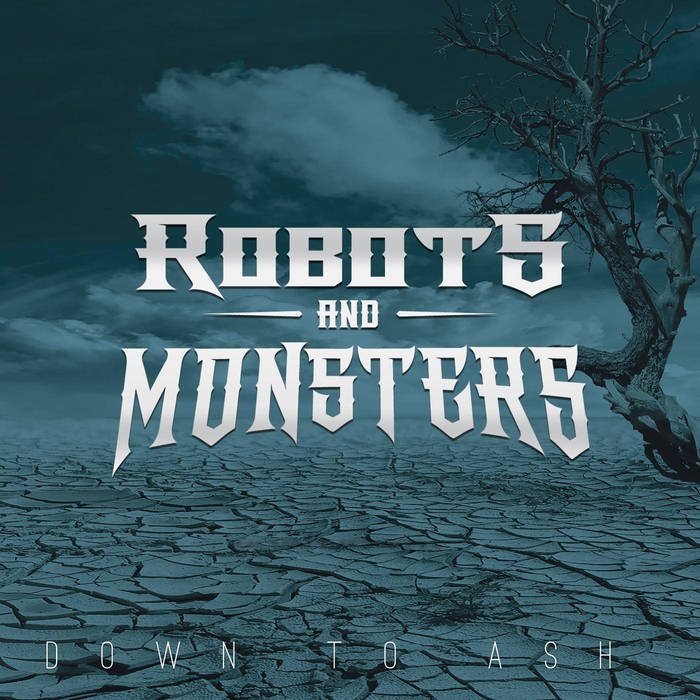 The songs on Down to Ash, the debut album from Robots and Monsters, represent the rebirth of a creative collaboration between three longtime friends— Bill Bergmann (bass/backing vocals) and brothers Derek Gadino (Guitar/backing vocals) and Dylan Gadino (vocals/drums). The trio, raised on the same street in a one-square-mile town in New Jersey, 10 minutes outside Manhattan, began playing music together while in grade school. Heavily influenced by thrash bands like Anthrax, Slayer, Sepultura and Metallica, they formed Ambush with another friend. Eventually Bergmann would spend years playing with Candypants and touring with Mucky Pup; Dylan played with indie rockers Joanie Loves Trotsky and melodic punk band Words Away. During many summers, Bergmann and the Gadinos would record as The Llama Project, a jokey metal project with demo titles like The Lavender Pelvic Retractor Farm and The Things You See When You Don’t Have a Gorilla.

Though the trio remained close friends, the release of Down to Ash comes 15 years after Bergmann and the Gadino brothers last formally played together. Feeling creatively dead inside, they started writing songs in the fall of 2013; the intent was to crank out some more Llama Project tunes. But the songs sounded more serious, heavy and intense. Hence, they scrapped the Llama Project moniker and became Robots and Monsters. The name is a tongue-in-cheek commentary about the crop of contemporary metal bands who tune down to “Z,” lay down inhuman-sounding vocals and seem to think there’s nothing better than Pro Tools-generated machine gun double bass. In short, it’s like the soul has been sucked out of so much metal that these bands sound like robots and monsters.

Song Notes -- The title track “Down to Ash,” a hardcore-flavored song about reconciling a painful past with the present, is anchored by an anthemic chorus that begs for inspired sing-alongs. “Gravel Pusher,” a speedy romp from start to finish, contradicts its lyrics about the frustration of moving slow or not at all. Clocking in at under two minutes, “Spiraling” is a straight-up, fury-filled hardcore tune about the never-ending attempts at turning one’s life around. It was the first song written for the album. And it’s the perfect lead-in to the moody “All of This,” which asks, “Is there any sense in pushing on?” and basks in the concept of just giving up on everything. “I Had it Coming,” a chunky slab with stop-and-go riffs and single-note goodness, invokes those frustrating moments when you can’t get someone to see your point of view. “Say ‘Hi’ to God for Me” is a commentary on absolute reliance on organized religion. “Rebel” could be about a young man named Luke. Or it could be about you. Are you a rebel? And finally, the sludgy. slightly insane “Blue Eyes Black” offers listeners a nice little apocalyptic sendoff.

All songs copyright 2014 Robots and Monsters

Metal/Hardcore/Sludge/Rock from NJ featuring former members of Mucky Pup. Album 'Down To Ash' on iTunes. Was a "Pick of the Week" on That Metal Show.
Formed in the fall of 2013, their sound is
steeped in hardcore/metal aesthetic their songs are filtered through accessible arrangements, emotive reflections addressing the frustrations of life and feelings of total despondency. ... more

Bandcamp Daily  your guide to the world of Bandcamp